Before Concern About How To Live We Must Know Christ

Having studied Luther's christology, I was thrilled to have been granted the privilege by Concordia Publishing House to write the study on "God the Son," as part of The Lutheran Difference series. The Bible Study booklet came out in 2003. 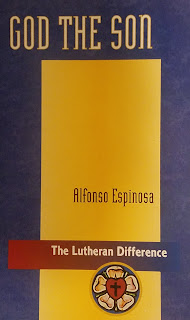 The study covers six major areas of christology, namely: 1) the eternality of Christ; 2) the Incarnation; 3) Christ's impeccability and His active obedience; 4) the vicarious atonement; 5) the resurrection of Christ; and 6) His ascension, eternal reign, and second coming.

In 2007 we followed up "God the Son" with "Creation." In this volume I defend the traditional view on creation. This is a hot topic in Christendom, but I don't hide from the old position. The study covers these six chapters: 1) the distinction between Creator and creation; 2) creation out of nothing; 3) creation in six days; 4) creation that is orderly and distinct; 5) creation fallen from the Creator; and 6) Creation and the Gospel. 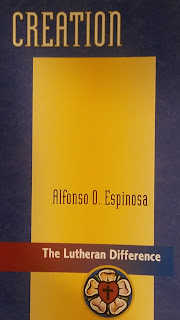 In 2010 the studies were complied into a hard-cover book: 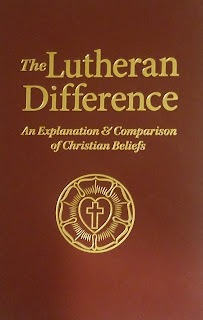 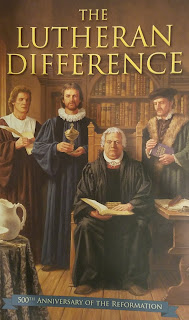 Sasse records Luther's strong protest against his followers using the name "Lutheran": "How should I, poor, stinking carcass that I am, come to have the children of Christ call themselves by my dreadful name? Not so, dear friends; let us do away with party names and call ourselves Christian after Him whose teachings we have (Sasse, Hermann, Here We Stand: Nature and Character of the Lutheran Faith, Adelaide, South Australia: Lutheran Publishing House, 1987 paperback edition, p. 33)." The normal designation for Lutherans, however, would become "Evangelical" until this term was more or less claimed by the Reformed. Today, confessional Lutheranism is thoroughly biblical and Christian.

Posted by Alfonso Espinosa at 10:45 AM